THE ISLAND OF NEW ALBION

The region in which these tales take place, New Albion, is purely fictitious. Wherever you are from, dear reader, you may recognise traits of your own homeland. However, New Albion is unique. It is an island located in the North Atlantic, equidistant between North America and Europe and roughly North-West of the Azores.

Its political landscape is republican, with historical allegiance to Britain and to the English monarchy; coins bear the head of Queen Elizabeth II. The constitution has evolved and matched that of Britain. The stable seat of government is based in the capital city of Wellingbury and is multi-party.

Situated relatively equidistant between the Americas and Europe, New Albion's economy is principally based on this fortuitous position as a staging post for trade and transportation. Tourism is increasingly recognised as a major industry, especially in the warmer, drier south and east coast regions.

Socially adaptable, people are well-educated (with principal universities at Wellingbury and Port Lonagin) and affluent. They are generally outdoor types and ardent world travellers. Culturally well-developed with well-attended theatre, opera and ballet, the island itself, with its geographic diversity, has become one big film set. The Karamazee Annual Film Festival attracts stars and film-makers from all over the world. Football (maybe that's soccer to you) and baseball are the two major nationally-followed sports, with rugby, basketball and cricket enjoying strong following too. 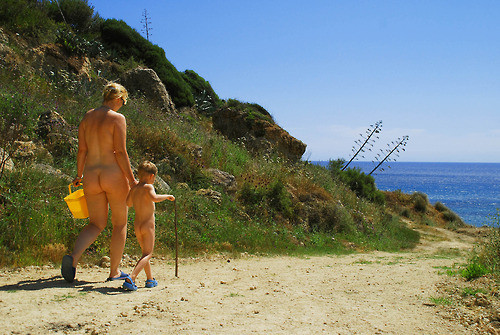 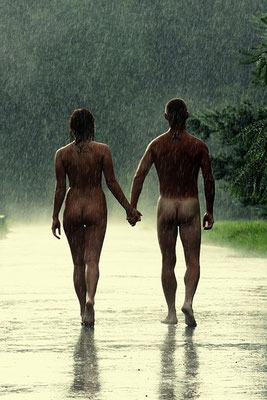 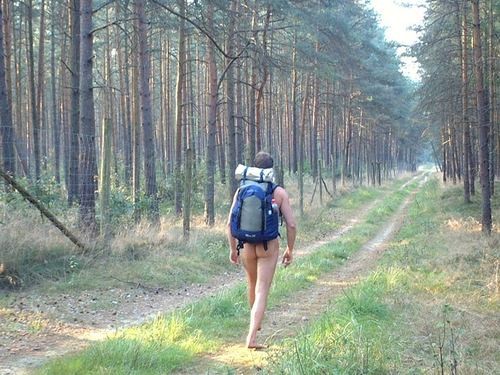 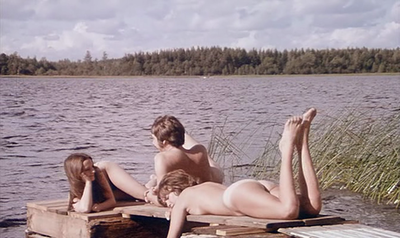 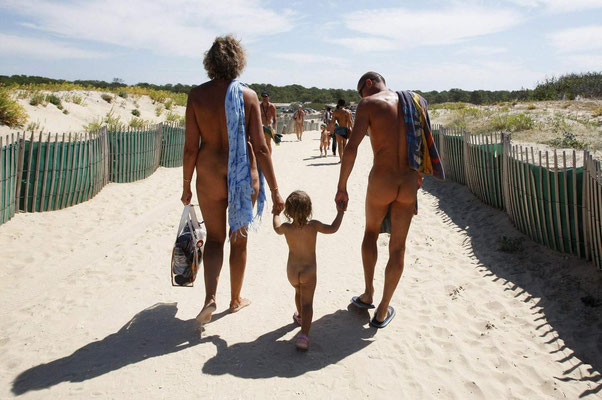 Because of its location slightly to the south of the Gulf Stream with its prevailing south-westerlies, the west and north of the island are cooler and wetter. The South and East coasts are dry and arid in many places, and enjoy mild winters, soaring summer temperatures and clear blue skies for most of the year. The flat central agricultural elevated plain north and east of the southern mountain range is mainly flat land, with green undulating hills to the west, ideal for stock-rearing, becoming drier towards the east as the altitude gently falls. The central region is ideal for crops, root vegetables to the wetter west and fruit orchards and vineyards to the east before the plains drop to a flat desert strip near to the east coast.

The island is large enough to enjoy warm/hot temperatures in the south year round and is cooler in the interior and north of the island with cold weather on high ground. For three months each year the climate moderates, winter months in the south are warm and pleasant and summer months in the far north are at worst temperate (except for a few lofty mountains), with warm sunny periods.  Of course, being in the Atlantic the west and north are green and pleasant lands, fed by regular rain influenced by the Gulf Stream. Every few years, ferocious storms lash the island, causing landslides, flooding and much damage.

A range of low mountains and foothills below five thousand feet, known as the Pontine Alps, extend from west to east from midway along the west coast, meeting the ocean halfway along the south coast, creating a rocky coastline in the southeast where the range ends. Mixed deciduous and coniferous woodlands grow in these mountains and foothills towards the wetter west of the range, turning to grasslands in the south and semi-desert near to the southeast coast.

A small range of tall mountains on the north coast, up to six thousand feet, called Gree Pinnacles, rise up to precipitous snow-covered points in winter. The area provides winter sports and rock climbing and hiking in summer. To the east of and sheltered by Gree Pinnacles, a long beach stretching over a hundred miles, imaginatively named Hundred Mile Beach, has been designated a national park. The beach is backed by a range of low hills, the Griddocks, that stretch from south of Gree Pinnacles to the northeast tip of the island.

Between the Griddocks to the north and the Pontine Alps to the west and south, the central region is a flat plain, gently sloping from west to east. The high plains, Hideaway Plains (because this is where many slaves hid if they fortuitously managed to escape their shackles), are grazing lands. As the land drops to the Central Plains, scattered agricultural villages have sprouted. The orchards to the east of the Central Plains peter out as the land becomes more arid, eventually turning to desert nearer to the coast. The desert is known as Vadanada, apparently based on an ancient legend about Russian sailors shipwrecked and rescued by coastal fishermen - apparently that's all the mariners were unintelligibly able to say.

Wellingbury, the capital, major town and commercial and political centre, is situated on the River Firth in the north-west quadrant of the island. Port Lonagin, a major industrial and port city on the north coast in the north-eastern quadrant, grew rapidly following construction of its sheltered port in the 19th century, replacing the small natural harbour at Navigator Port on the south coast. Firthdale, near the mouth of the island's largest river, the River Firth, in the north-western quadrant was a long-since abandoned staging port during the slave trade. With its numerous attractions and tourist accommodation, Firthdale is now a regional and weekend holiday centre for Wellingbury, two hours’ drive along the green and fertile Firth River valley. Pereval, is a regional tourist and commercial centre on the south coast. Karamazee, on the dry hot desert east coast is rapidly developing as a tourist centre, especially for northerners seeking winter warmth.

The British discovered the island in the late sixteenth century, earlier Portuguese and Spanish explorers having inexplicably missed it completely during several early trans-Atlantic crossings. Before the British arrival, a few hundred pre-Christian folks had already settled; they had arrived during earlier centuries from Africa and Southern Europe. These people, predominantly fisher folk, had introduced rudimentary agriculture and had settled in tiny hamlets throughout the island. Following the arrival of the British, they hid away initially and, when eventually discovered and not appearing to threaten British ambitions for the island, they were left in peace, except for persistent attempts by missionaries to clothe them and to convert them to a variety of beliefs. These original inhabitants have now fully integrated, their pagan beliefs and naked practices long forgotten.

The island subsequently suffered a chequered history initially by plunderers of South American gold and silver and later as a staging post for early North American settlers and slave traders, not to mention privateers and pirates. Legends of sunken treasure ships and of “X marks the spot” maps abound on and around the island. Treasure-seeking has thus become a major contributor to Albion’s tourist industry. Some early transients stayed, including escaped slaves, and this forms the foundation of the cosmopolitan mix that the island now enjoys.

The British of course claimed the island as part of their empire and, by building a fortress and walled town on the south coast at Navigator Port with its natural harbour – the original principal town on the island – British forces resisted a number of attempts to usurp them by other European states, especially the French, Portuguese and Dutch. In time they established the island as a British Protectorate. New Albion gained full independence in the mid-twentieth century, initially as an outpost and protectorate of Britain and latterly with full independence, whilst retaining allegiance to the British monarchy and membership of The Commonwealth of Nations.

New Albion is English-speaking and customs and cultures (and language styles) are principally English, even though early settlers originated from many other regions of Europe and Africa.

Since discovery, the island has retained its unique character and New Albion islanders take great pride in their island nation. The islanders are known as “Albians” but frequently and colloquially as “Island Streamers”, or simply “Streamers”.

Early seafaring migrants from Africa colonised the eastern coastal strip first; Karamazee town and the east coastal strip are predominantly populated by descendants of these early settlers. Escaped slaves from the slaving port of Firthdale usually headed inland and as more and more Europeans populated the island from the 17th century, those former slaves integrated into the plains and still enjoy a large population there. Europeans, as is their wont, rapidly spread themselves all over the island.

New Albion is more ‘European’ and laissez-faire in its approach to naturism than enjoyed in Britain and USA today where naturist cultures lag behind their Western European counterparts. An increasing acceptance of naturism as a lifestyle amongst Albians is developing.

Non-sexual public nudity is legal in New Albion – in fact, it was never illegal and commonly practised until a century ago. While it is still uncommon to see nudity on the streets of major cities and towns, it is beginning to occur with increasing acceptance, encouraged by public events at which nudity has become the norm. Wellingbury plans to introduce an annual naked bike ride, Pereval enjoys a summer Mardi Gras where most of the participants are naked or near naked (and many of the spectators too) and fitness, yoga, hiking and other social groups are bringing nudity to the fore.

Naturism is likely to be encountered on many lake and coastal beaches; the number of naturists on each depends on local practice. The number of dedicated nudist beaches around the coast has grown over the last century, including Barcelona and Serendip Beaches, both of which appear frequently in this series. The eastern desert region is sparsely-populated and wintering naturists have established a number of nude beaches.

Naturism, however, is not mainstream in New Albion and remains a minority pursuit. Many of New Albion’s population still exhibit ignorance and misunderstanding of the lifestyle, as they do in Western Europe. Attitudes of textiles towards naturism are generally favourable though and the naturist movement is growing.

These stories are entirely works of fiction.  Although they contain incidental references to actual people and places, these references are merely used to lend the fiction realistic settings.  All other names, characters, companies, places and incidents are the product of the author’s imagination.  Any resemblance to actual persons, living or dead, events or locales is entirely incidental.

Views expressed concerning naturism/nudism are entirely incidental and are included to suit the context of the fiction.  Such views may or may not represent the views of the author.  All references to nudism/naturism are intended to be viewed in a positive supportive light by adherents and non-naturists alike.

If you consider the subject (naturism, nudism, nudity) to be distasteful, be assured that it is not the author's intention to offend.  If you believe that offense is likely, please turn to publications more to your taste.

While care is taken to reproduce only free-to-use photos on this site, if owned photos have inadvertently been used, let me know and I'll willing correct this.

All rights reserved.  No part of this website or the New Albion series of books may be used or reproduced in any manner without the written permission of the author, except in the case of brief quotations embodied in articles and reviews.